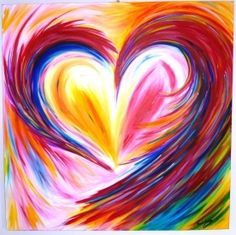 I have been accused of being a ‘butt-in-ski.’ Some have said I care too much. I find that odd. How can one care too much? To me, it’s like the country song about ‘a car too fast, a girl too pretty, …’ and so on. It seems impossible to be ‘too much’ of something good.

While watching a movie one night, the young girl that had become friends with the author she cleaned and cooked for, made plans to leave with her boyfriend who was just released from prison. The girl told the author of her plans, the author said nothing. When it came time for the girl to leave, she was hemming and hawing and taking extra time to pack and actually leave. Finally, she asked the author if she loved her. The author replied ‘Yes.’

‘Then why are you letting me go?’ the young girl asked. ‘You know that man is bad for me,’ she continued. ‘And you are just going to let me go. You are not even trying to stop me.’

I was touched because I think she is right. When we care, how do we let those we love make decisions we would not advise without trying to intervene? I realize there are two schools of thought here. One is mine and the other is wrong- ha ha I write in jest.

Once, my step daughter dressed inappropriately for school-at least I thought it was inappropriate. When I saw her, I came a little unglued and began to ramble, ‘I have no idea what the right thing is to do here and don’t care what the books say, I’m telling you, you are not leaving this house dressed like that.’ I continued stammering how I may be upsetting her, but could not help it along with other things. I called her father to come to the house from his office close by. She did not react badly to my conduct and upset over her dress, but had the hint of a smile on her face.

When her father arrived, he looked at her and said, ‘Go upstairs and change your clothes.’ She did and I breathed a sigh of relief.  She never did that again. All I have read tells me children ‘test the locks’ (to make sure they are safe) – they push our buttons. They need the limits and need to know someone cares. I may not have won any parent of the year awards, but she knew I cared enough to notice her and want better for her.

I have a loved one who needs to know the same. He struggles with addiction. I call myself the sponsor from he—, but he knows that I watch and protect him because I love him. I have done everything but lock him in his bedroom and would fight for him no matter what it takes and for as long as it takes. I know I cannot change anyone and in the end they will do what they choose to, however, no matter how many mistakes I make or have others tell me to just let it go, I cannot stop caring. Maybe it will make no difference in the end and maybe it will. That’s why they call me a ‘butt-in-ski.’ It’s just my nature.