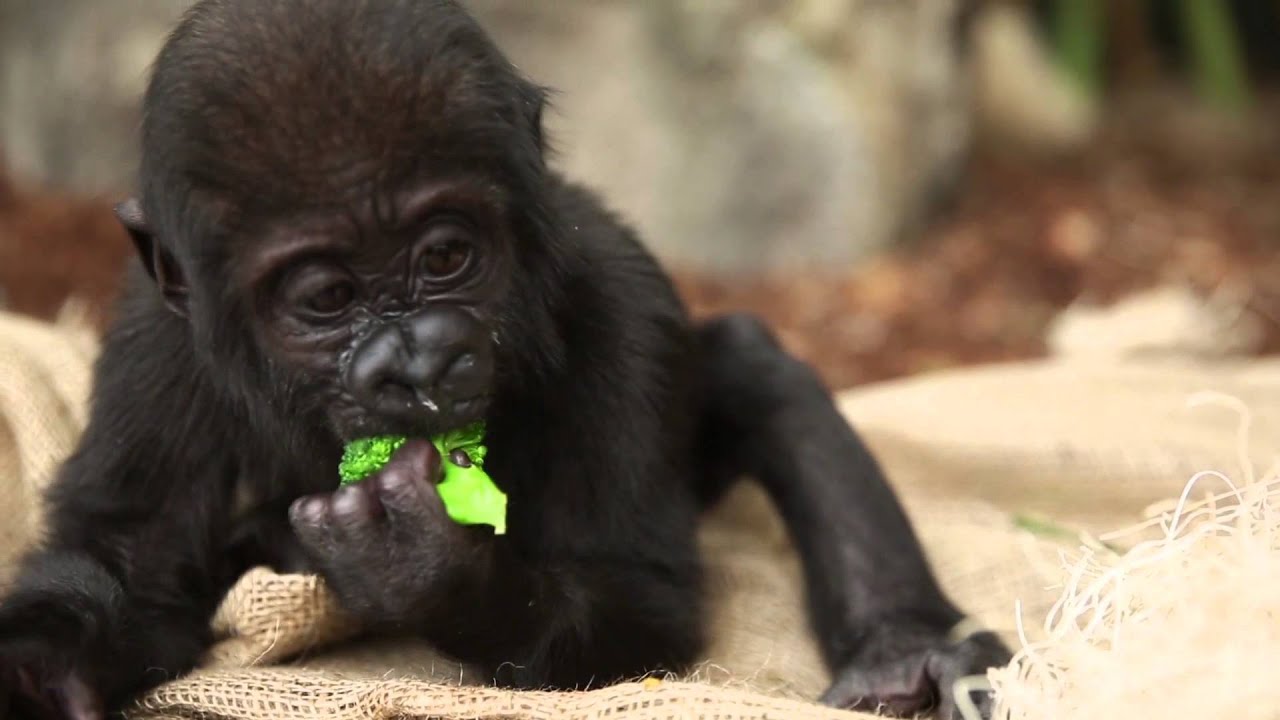 During my last year in veterinary school I chose rotations that allowed me to ride with the zoo veterinarian. The Columbus, Ohio zoo had 2 baby twin gorillas. We were taught that it was not advisable to touch the gorillas due to the possibility of disease transmission, but the temptation was more than I could bear.

One day I stood outside the twin gorillas pen and watched as they delighted in swinging around the tree branches and patting their chests. They would stop and look at me to make sure I was still watching them- and I was. They played for a while, then one of them came to the front of the cage and put his arm through the bars stretching as much as he could trying to reach his little hand my way. Priceless. I wanted to reach out and grab that little hand. I did not see cameras, but am certain they were around that enclosure. I imagined bells and whistles going off if I dared touch that little guy. I did not touch him or his twin, but I wanted to.

On another trip to the zoo, I learned the zoo employees wanted to repair a broken structure in the outdoor exhibit of the gorillas. The females were inside, but the males refused to come in. When the zoo veterinarian and the few students with him (I was one of them) stepped out of the truck, the male gorillas began running full speed into the indoor enclosure. We laughed stating, “Doc, it looks like they know you.” He had his tranquilizer gun in hand and, indeed, they did know him- even from the distance we were away from them.